Heads up all you developers and DBAs out there! The latest generation of the world’s #1 database, Oracle Database 19c, is now available on Github and LiveSQL.oracle.com.

For the latest Oracle Database 19c availability on other platforms, check out Document ID 742060.1 on My Oracle Support (login required), for the Oracle Database Release Schedule which covers both on-premises and in Oracle Cloud (including Autonomous Database Cloud Services) availability.

Memoptimized Rowstore – Fast Ingest. This functionality was added to enable fast data inserts into Oracle Database. The intent was to be able to support applications that generate lots of informational data that has important value in the aggregate but that  doesn’t necessarily require full ACID requirements. Applications like Internet of Things (IoT) where a rapid “fire and forget” type workload makes sense. For example sensor data, smart meter data or even traffic camera data might  be  collected and written to the database in high volumes for later analysis.

Automatic indexing
One of the most talked about features coming in Oracle Database 19c is automatic indexing, which Oracle says is based on common SQL tuning methods. The difference is that the process will be fully automated instead of being manual.Oracle Database 19c will identify candidate indexes, verify their effectiveness, perform online validations and then implement the indexes where appropriate.Additionally, all tuning activities will be auditable with the database system’s reporting capabilities.

Data Guard DML redirection
Oracle Data Guard is add-on software that’s designed to help DBAs install, manage and monitor standby databases for high availability and disaster recovery purposes. With the release of Oracle Database 19c, Data Guard will get added support for data manipulation language (DML) redirection.This new feature will make it possible to run DML statements against an active standby database. Data Guard will redirect the statements to the primary database, where the data changes will be applied. The updated data will then be streamed back to the standby database to maintain redundancy.

Workload isolation in the cloud
After Oracle 19c has been incorporated into the Oracle Autonomous Database cloud service, DBAs will be able to deploy applications on dedicated Exadata systems in the Oracle Cloud platform. In this way, organizations can implement their workloads in isolated computing environments rather than having to share a multi-tenant pool of cloud-based machines.Database teams will also be able to install systems running the Autonomous Transaction Processing and Autonomous Data Warehouse versions of the cloud service in their own data centers as part of Oracle’s Cloud at customer program.

Fast ingestion of IoT data
Like many technologies, Oracle Database is being updated to better accommodate the influx of IoT data. To this end, Oracle is adding memory-optimized access for IoT workloads to the 19c release in order to boost the performance of streaming data inserts from IoT devices. Clients will write directly to in-memory buffers, where the writes will be deferred and then processed in large batches, leading to faster insert throughput — if all goes according to Oracle’s plan.

Easy Connect enhancements
Oracle Database 19c will also include several improvements to Oracle’s Easy Connect naming methodology. Also known as EZConnect, this approach streamlines the process of connecting to Oracle databases over TCP/IP networks,letting users do so without having to perform lookups in the tnsnames.ora files.The Easy Connect syntax will be simplified in Oracle 19c. In addition, Oracle plans to add support for including multiple hosts and ports in connection strings, which is designed to make it easier to load-balance client connections. The Easy Connect adapter will also accept a list name-value pairs, such as CONNECT_TIMEOUT and RETRY_COUNT

Other features
Oracle Database 19c is also slated to incorporate various other enhancements. These additions include partitioned hybrid tables, statistics-only queries, encryption capabilities in the built-in data dictionary, support for partial updates of JSON data columns, expanded sharding capabilities for pluggable databases in the Oracle Multitenant architecture, and the ability to use Oracle’s Real Application Testing and Automatic Database Diagnostic Monitor tools with pluggable databases. In addition to the new and updated features, Oracle Database 19c has been designated as a long-term support release, meaning it will be covered under Oracle’s Premier Support program until at least March 2023, with extended support  potentially continuing into 2026.

To which release should you upgrade to? Plus: Extended 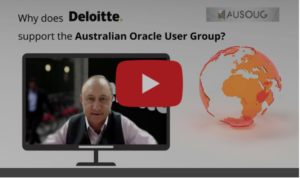 The first in a series of sponsored AUSOUG events, where the sponsor of the event chooses a topic covering Oracle Cloud Apps video link 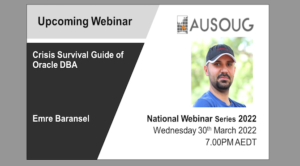 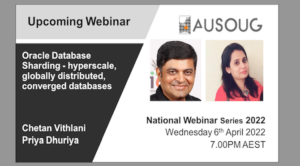 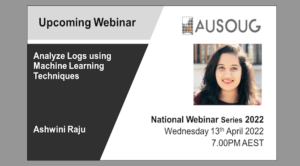 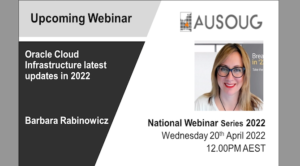